What happens when we are unwillingly thrust into the frontline of war? It can happen to anyone, anywhere. Our lives irrevocably and unpredictably changed in an instant. And what remains within us when we have escaped the warzone?

KaBooM is a performance event – its subject is War.

KaBooM: Stories From Distant Frontlines is a highly visual performance work based on real stories of refugees who fought on various battle frontlines.

KaBooM positions the audience, as witness, into the midst of the performance arena. They are placed in a metaphorical field of war, populated with visual imagery and the debris of battle. Spectators are moved through discrete performance areas. There is no fourth wall – the sense of involvement and engagement is direct.

The refugee’s stories include the tale of Fablice – a child soldier from Burundi, who hid in lakes to escape machete wielding hordes; the tale of Majid, who deserted after fighting for 10 years in Saddam Hussein’s army; the tale of Ivor, who, as a 16 year old escaped the Holocaust to fight for his family in the Pacific Islands along with a guardian monkey.

The stories are intertwined with/presented from the women’s perspective of war – a grieving war widow eating alone every night; a woman whose nightly ritual is to reconstruct her absent lover out of hay; a daughter brought up with the ghosts of war constantly hovering in the background.

For each of the stories I collaborated with leading independent theatre makers to create theatrical responses. Together we use an arsenal of contemporary theatrical weapons – projections, aerial work, pulsing sound track from Spanish composer, Bigtoxic  – and elements (hay, water, earth), to create a series of interlocking performance vignettes. Each story in KaBooM has a very specific and individual aesthetic to it, which are woven together to create a cohesive and immersive audience experience.

The work has been performed in spaces as diverse as: the warehouse style theatre of fortyfivedownstairs in Melbourne: a large aircraft hangar/Aviation Museum – making use of the planes and architecture of the hangar space – as the closing night event of the 2015 Alice Desert Festival; to an abandoned two story building in George Town Penang as part of the George Town Festival.

The response to the work has been overwhelmingly positive. Time Out described it as a “moving and thoughtful response to the issue of war. A work that is experimental but accessible. Packed with ideas and emotionally powerful”.

KaBooM is both deeply personal and universal – as you read these words there is a war going on in several corners of the globe.  This event takes fragments from humanity’s long and tragic involvement with global conflict and reduces them to the underlying human experience  – stories of  the real lives of ordinary people plunged into extraordinary circumstances.

The waves created by the “BooM” in KaBooM are sonic, emotional, psychological and physical; they all coalesce in this one unique theatrical event.

KaBooM is a piece that is bold and large – but very tourable and infinitely flexible space wise – and is ready to inhabit other spaces.
It is a perfect festival piece!

The work provides two options to presenters: performing it as it already exists, or incorporating a local story from the presenting venue’s town. In this case, Director/Performer Deborah Leiser-Moore together with local artists/elders, create a performative response which is woven into the work. Deborah has previously worked alongside leading theatre makers from Australia, Bulgaria, Spain and Poland, utilising their collective arsenal of theatrical weapons—projections, aerial work, pulsing sound track from Bigtoxic, and elements (mud, water, tomatoes, hay)— to create a series of interlocking performance vignettes. The result is KaBooM: a moving theatrical piece that is immediate, and viscerally relatable to each individual community. 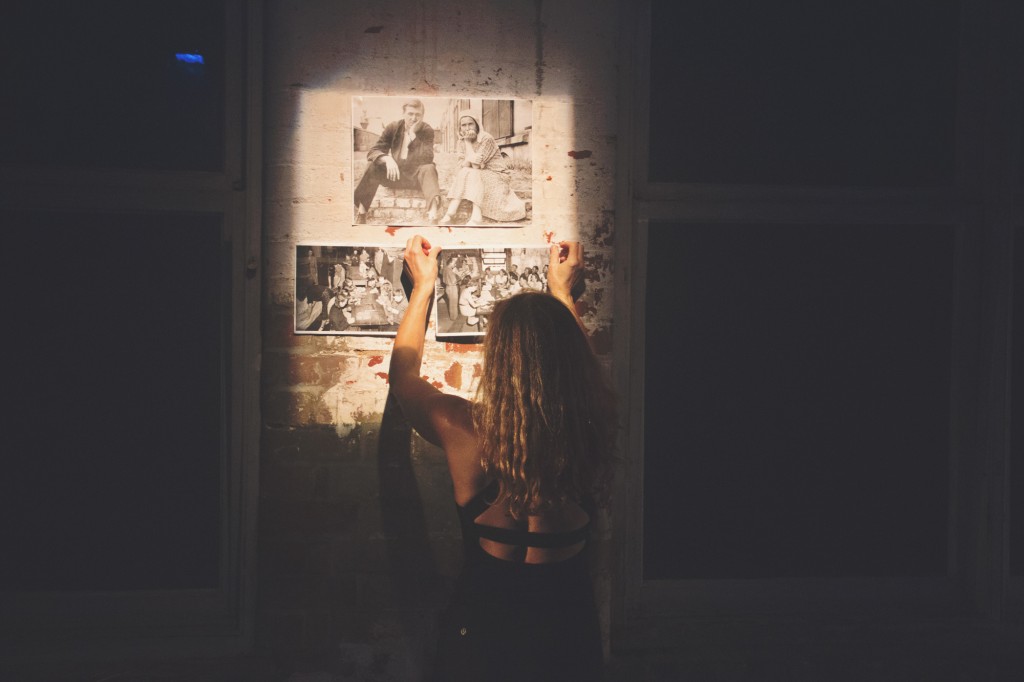 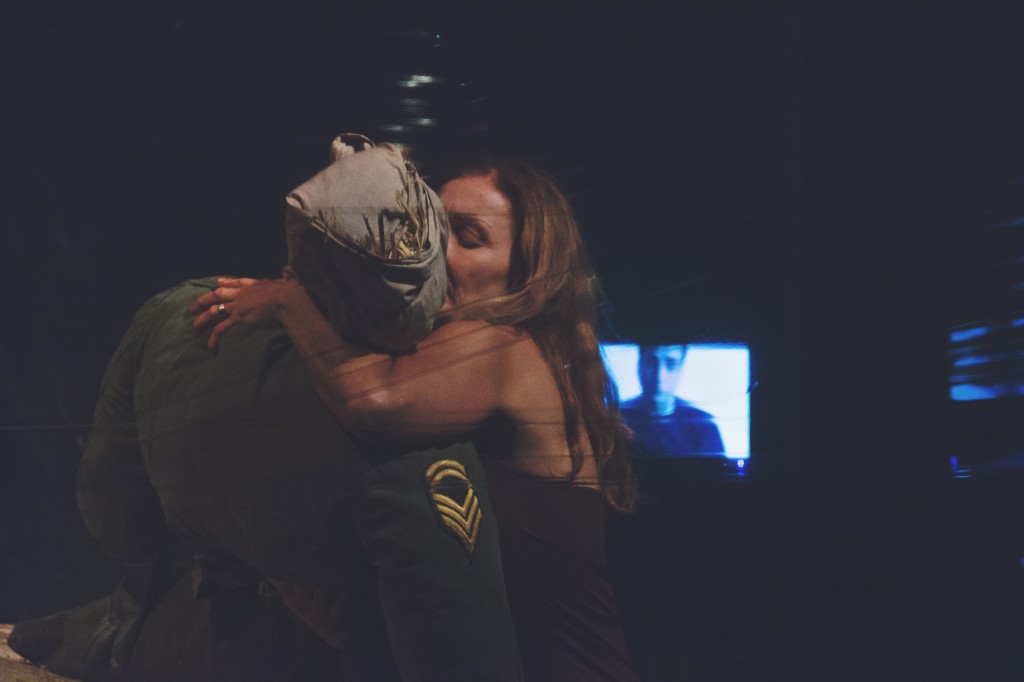 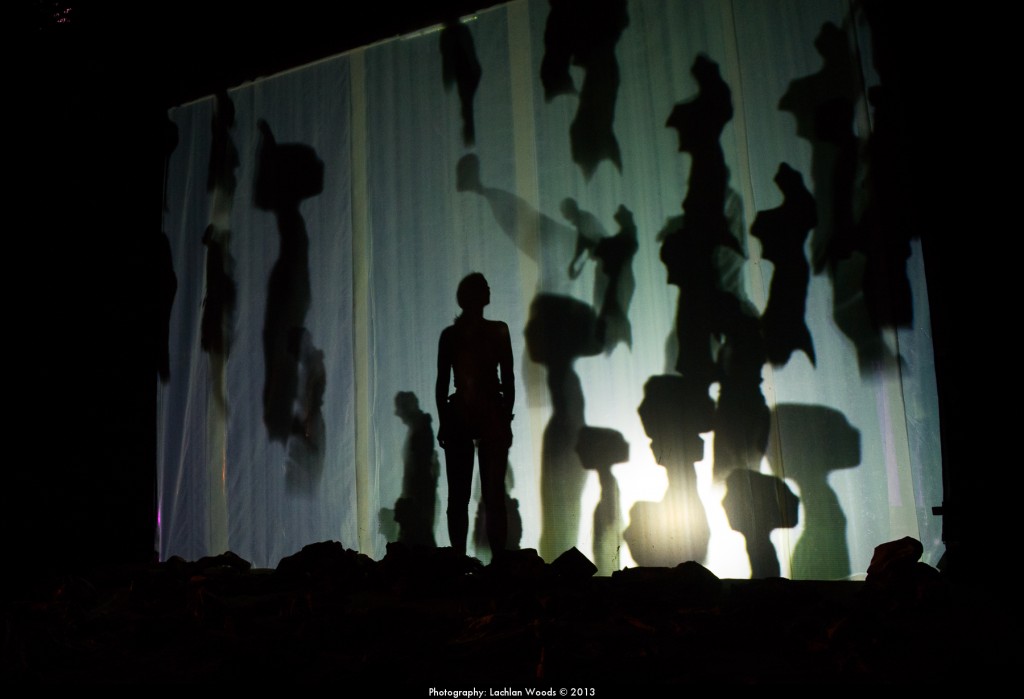 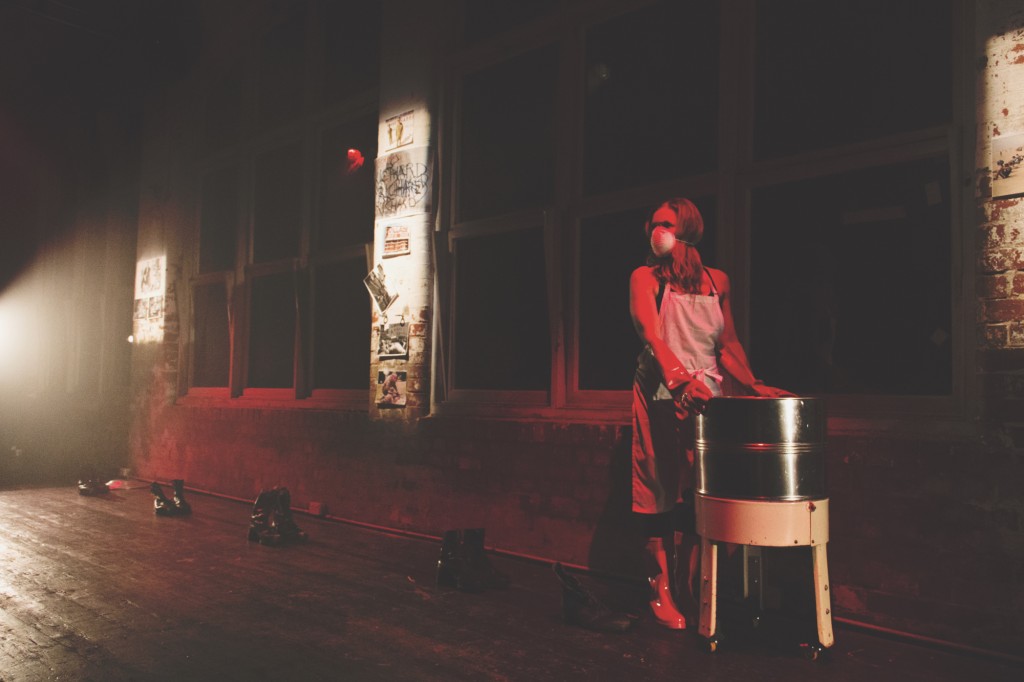 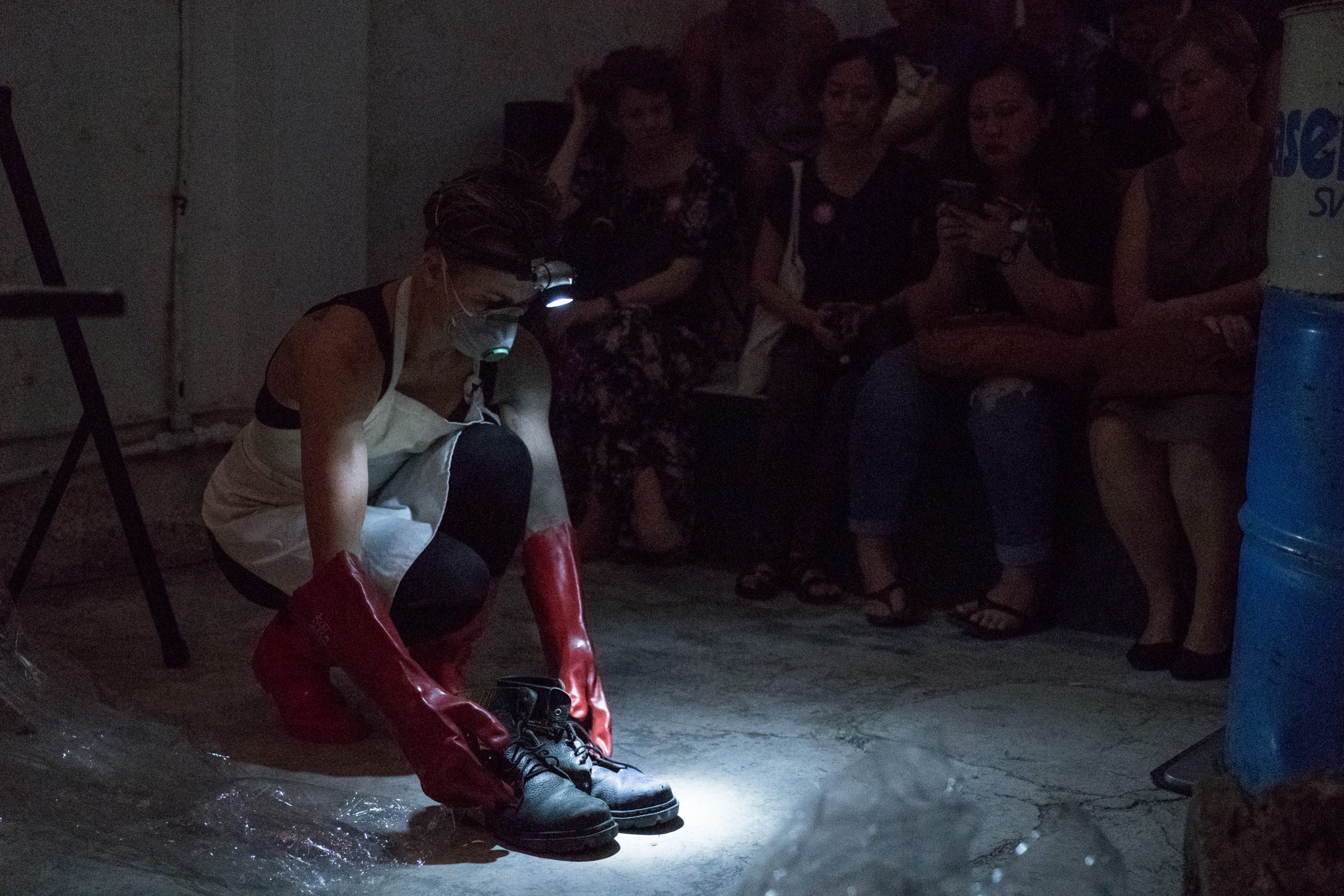 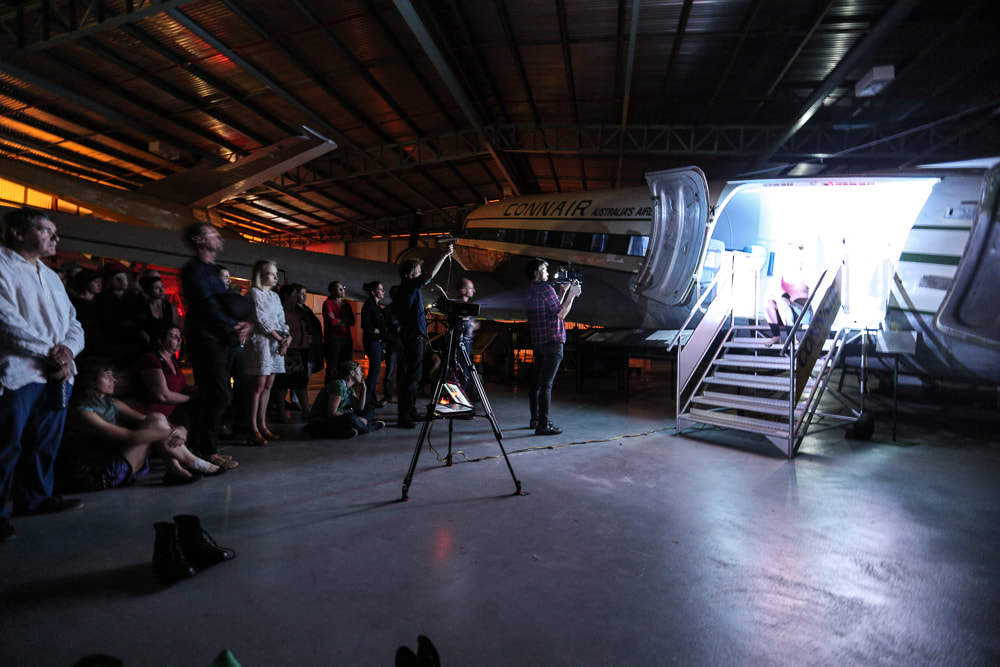 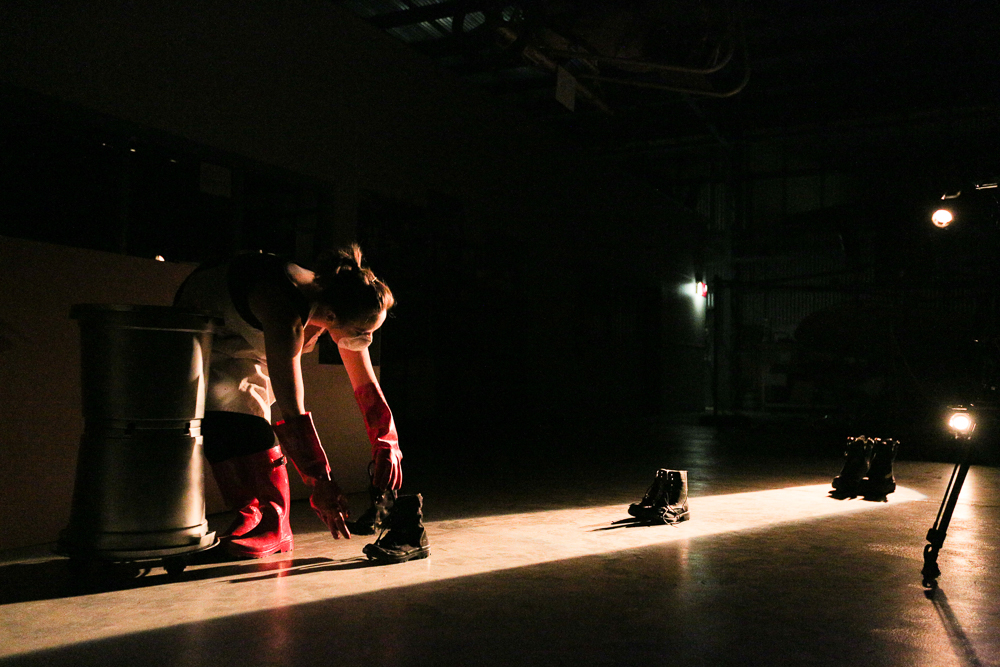 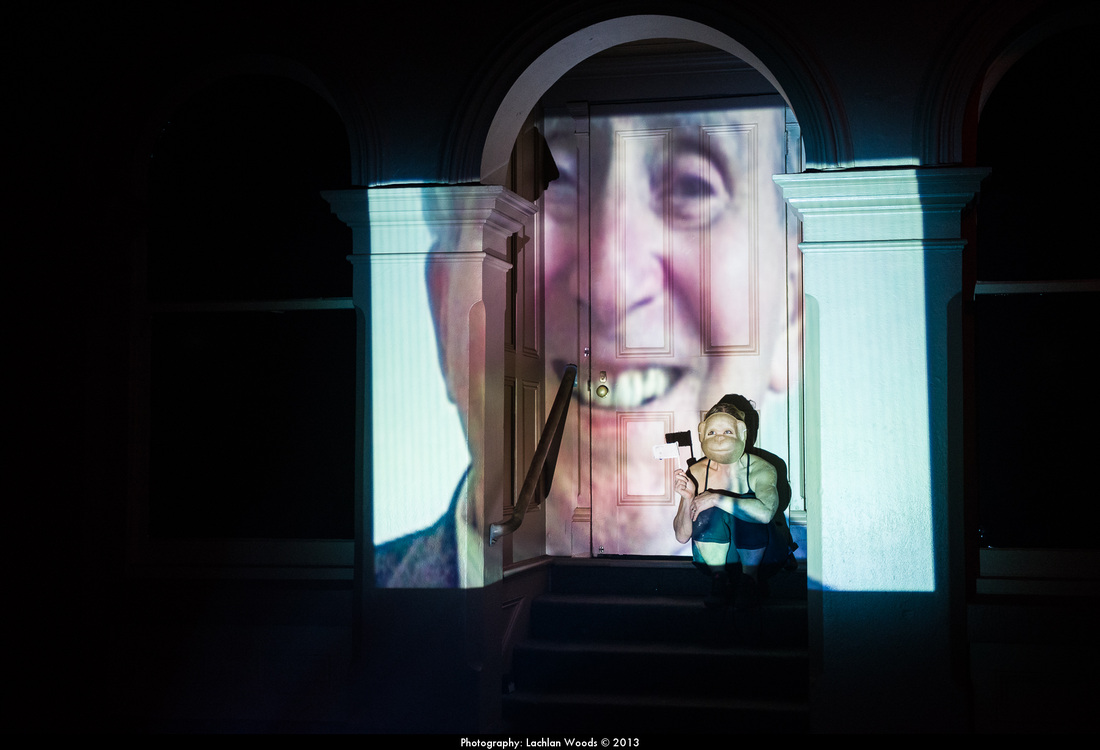 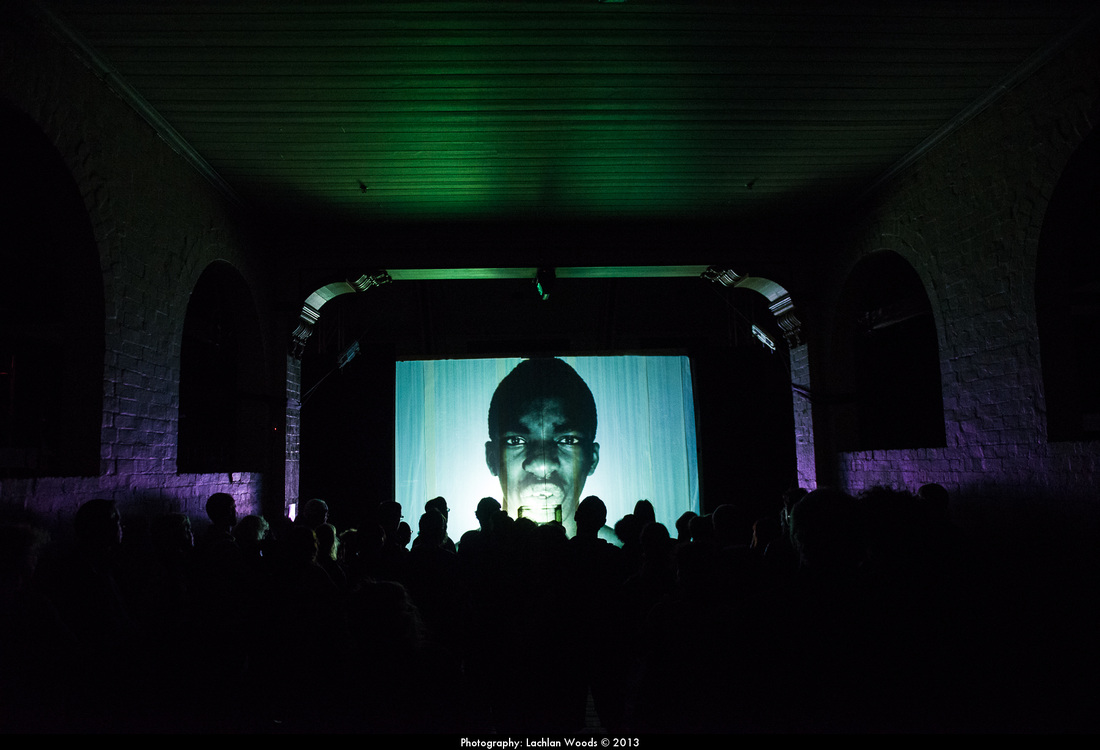 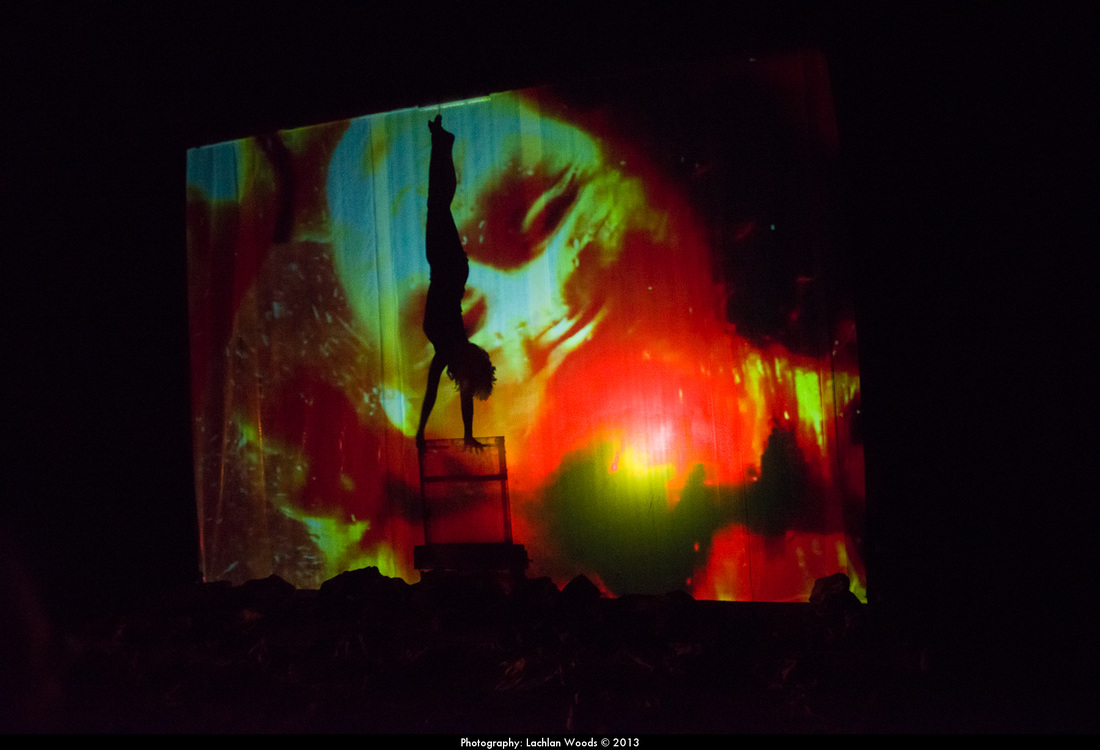 A moving and thoughtful response to the issue of war....genuine theatricality that also hits us in the solar plexus. Experimental but accessible... emotionally powerful.

KaBooM uses a combination of visceral imagery, thorough research and the sheer discomfort and atmosphere of the site-specific location to bring audiences on a haunting journey through the darkest, most mind-numbingly horrific aspects of war, leaving one sweating and emotionally battered by the end of the performance, with plenty to reflect on on the way home.

It works – I love the use of space, especially the way Ivor’s video was projected onto a square window frame, distorting his face. It was atmospheric, impactful and very clever,and reminds us more than ever that in war, there are no winners